Dive operators Regions Dive seasons Best diving Cost of diving Marine life
The United Kingdom may not be a destination that comes to mind when planning your next diving holiday, but if you’re looking for challenging wreck dives, unique underwater topography, basking sharks and playful grey seals; this might be the place for you.


You’d be surprised to know it’s possible to experience a mass migration of spider crabs, dive sites that have vibrant coral drop offs and the UK’s seas have more shipwrecks per mile of coastline than anywhere in the world. There is something to entice divers from all across the globe to travel to this spectacular island!

Why go diving in the United Kingdom?

So, why should you go diving in the UK? With opportunities to encounter the magnificent basking shark in its natural environment and discover ships that have fallen prey to submarines during WWII, there’s variety to suit every divers interest. A fun fact about the isles seas which isn’t well known among the diving community outside of the UK - you can find one of the best diving spots to come into contact with the elusive sunfish (mola mola): Oban, Inner Hebrides, Scotland.

The best operators in: United Kingdom 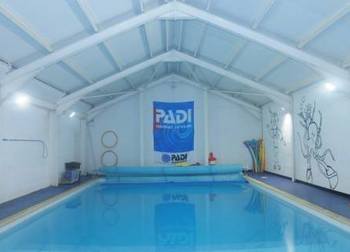 Be the first to review!Region: West Midlands 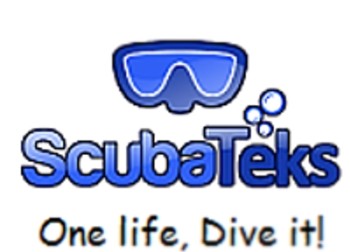 Be the first to review!Region: England

Be the first to review!Region: Berkshire

Be the first to review!Region: East of England

Be the first to review!Region: East Sussex

Be the first to review!Region: Lancashire

Be the first to review!Region: Dorset

Be the first to review!Region: Cornwall

One of the most famous wreck sites in the world, this 200 square mile expanse of water was once used by the Royal Navy’s Grand Fleet as a safe anchorage. In June 1919, the German Fleet was scuttled to elude Allied hands, littering the seabed of Scapa Flow. Some of the wrecks waiting to be explored include three 177 metre/580 foot battleships and four 155 metre/510 foot cruisers. Strong tides run here bringing nutrient-rich water that supports an bountiful sea.

Located off the east coast of the England / Scotland border are the Farne Islands. Inquisitive grey seals and a deafening plethora of seabirds can be found here such as puffins, terns and guillemots. You can find anemones and sponges of colours you can only imagine and you may spot a Yarrell’s Blenny peering out at you from their abode.

This stunning island offers warmer waters than mainland UK and can provide divers an option for the cold winter months. Jersey has one of the biggest tides in the world creating exhilarating drift dives and shore dives where you can see rays, flat fish, wrasse, cuttlefish and colourful reefs. Wreck diving is possible here too, teeming with marine life such as conger eels and sea squirts. Boat trips are available further out from the island, where you can find fan corals and sponges covering reef walls. Impressive kelp forests are where resident seals come out to play.

You will find the archipelago of St Kilda 40 miles off the Outer Hebrides, a mecca for British divers. It’s isolation from the mainland means a significant reduction in sources of pollution, resulting in exceptionally clear, blue oceanic water. You’ll be surprised to find a level of marine flora and fauna which isn’t commonly seen in this part of the world along with dramatic topography underwater and on land. It’s a great place to spot seals and puffins diving into the ocean due to fantastic visibility, as well as finding huge lobsters and multi coloured jewelled anemones.

This well-known Cornish dive site is located off the Lizard Peninsula and offers divers impressive drop offs, reefs and pinnacles covered with jewel anemones, dead mans fingers and Gorgonian sea fans. There’s a famous wreck, the Mohegan which sank in 1898 and is said to be haunted, as well as over 100 other shipwrecks waiting to be discovered.

Average water temperature ranges from 6 to 10C in winter (October - March), so forget the easy to get on, 2mm shortie wetsuit that’s popular in Asia and the Tropics, we’re talking about a dry suit with a thermal undersuit to keep you warm and toasty from the seas that descend from the Arctic. It is possible to dive all year round, but exposure is key and a drysuit and thermal underwear is highly recommended.

April to October is the main diving season and temperatures can reach up to 15 to 20C in summer. The warmest months are September and October. If you want to tick off some items on your bucket list, such as diving with blue sharks and sunfish, June and July should be the time to visit. It’s also possible to spot minke whales during the month of July. Seal colonies hang around all year and are as playful and curious as ever. You’ll know when they are around when you feel a pull on your fins!

Cost of diving in United Kingdom


Diving in the UK can range between £395 for 2 dives a day creeping up to £815 for 4 days diving (2 dives per day including boat transfers, lunch). Prices will vary depending on the location of the dive sites. You’ll need to confirm with the dive shop what the cost includes (transfers, lunch etc). There are options to pay for extras such as dive computer, SMB etc.


You may get a discount when travelling with your own scuba gear. If you do have your own equipment, all you’ll need from the dive shop are weights and tanks. All dive shops will have wetsuits, dry suits, BCDs etc available for hire.


Learning to dive is possible in the UK, with starting prices £400. Recommended training for diving in and around the UK is the Wreck Diver course (prices from £250), Deep Diver  course (prices from £295) and Boat Diver (prices from £395, 2-days) course for enjoying offshore diving. The Dry Suit Diver course is highly recommended too, with starting prices from £149. Some operators offer a discount if you sign up for two or more courses. These can take place in a lake or in the sea, depending on where the dive centre is located.

Is it mainly liveaboards or day trips?

Day trips are most common for UK divers. Some dive operations offer 2 day trips (2/3 dives per day) starting from £400. Most of the diving in the UK is shore diving or short boat trips.

With a variety of different underwater ecosystems, there are many creatures to be found. If you’re lucky, you might bump into a pod of dolphins, seals or even whales! The odd shark may cruise past if you are lucky.