Best scuba diving in the world

There are numerous lists on the internet about which dive site should be on everybody's list and what the best places to dive in the world are. None of them however are compiled with help of opinions of divers themselves. There is always some 'expert' deciding for us.

That's why we decided to create this list. Please upvote your favorite dive site and downvote those that are ranked too high in your opinion. The more people vote, the better the list becomes. You can vote just once for every dive site.

Adding YOUR best place to dive in the world

We have added some of the most famous sites already, but there are many more. Please add them and make this list more comprehensive and better.

A cleaning station in Maa Kandu, Addu Manta Point offers an incoming current in the morning, making it a reliable spot to see reef mantas for a couple of hours a day.

Addu Atoll, Maldives
The southernmost atoll of the Maldives, Addu Atoll (previously known as Seenu Atoll) is the only one that was not affected by the 1998 global coral-bleaching event. Addu is world-famous for its large manta rays, the British Loyalty (the biggest wreck in the Maldives), sharks, turtles and a population of big fish year round. It is also known for its brilliant coral patches in the north, and broad barrier reefs with several islands on the east and west.

There are a total of four channels (kandus) in this atoll, Gan Kandu, Viligili Kandu, Maa Kandu and Kuda Kandu. There are also a few overhangs and drop-offs scattered around the region. Currents are not as forceful as in other parts of the Maldives, so it’s a great dive location for novices, but it won’t disappoint experienced scuba divers looking for a thrilling dive excursion either.

A cleaning station in Maa Kandu, Manta Point offers an incoming current in the morning, making it a reliable spot to see reef mantas for a couple of hours a day. The dives at Manta Point are organized by Dive Center Aquaventure, based on local island Maradhoo, one of the islands of Addu that are connected by bridges. From the Maradhoo harbor to the dive site takes about 35 minutes, during which time we listen to the dive briefing.

The Dhoni
A local dive boat, stops in the beginning of the Maa Kandu channel and the captain gives the signal to enter the water. Our group of eight divers is split into two groups of four, each with a dive guide. We descend to 52 feet (16 meters), where we follow the reef along our left side, drifting along the current with the reef hook in hand for when we need to stop. We are told how to use the reef hooks during our briefing so as not to damage any coral, but before we even reach the cleaning station the first mantas are already passing through the channel below us at 82 feet (25 meters), impressive and elegant, and a great sneak peek of what’s to come.

The Dive
We reach the cleaning station after five minutes of drifting and hook in at 69 feet (21 meters). We inflate our BCDs and hang on a line in the current, turned to face the coral outcrop where the mantas arrive for a cleaning. I count a total of 18 mantas around us — left, right, above and below. There are so many I don’t know where to look: a manta show in water this clear, with visibility of about 100 feet, is a dream come true. We watch for more than 30 minutes; some mantas come so close that I can see their eyes from an arm’s length distance… an experience so amazing that during some moments I just forget to breathe.

When we reach 1,000 psi (70 bar), we ascend for our safety stop, this time hanging on an SMB, drifting with the current. A group of Spanish mackerel circle around us — no better way to end this unforgettable manta dive.
Go to Addu Atoll
Country: Maldives Region: Addu Atoll Operators on this site: 1

This is macro heaven near the more famous wreck in Tulamben. You can find almost every small thing there is to see in the ocean on this one site. Which one do you like better, the wreck or the critters?

This wreck in the Red Sea near Ras Muhammad is an old British vessel. It was
128 meters long and sunk on the 6th of October 1941.

It was rediscovered by Jacques Cousteau in the early 1950's as a dive site.
Go to Red Sea
Country: Egypt Region: Red Sea Operators on this site: 1

Diving in a cenote is something completely different from the other dive sites here. It is almost like cave diving in crystal clear water. The visibility can be up to 100 meters. Cenote Dos Ojos has 2 separate dives; the Barbie line and the Bat Cave line.
Go to Riviera Maya
Country: Mexico Region: Riviera Maya Operators on this site: 1

MS Zenobia was a Swedish built Challenger-class RO-RO ferry launched in 1979 that capsized and sank in the Mediterranean sea, close to Larnaca, Cyprus, in June 1980 on her maiden voyage. She now rests on her port side in approximately 42 meters (138 ft) of water and was named by The Times, and many others, as one of the top ten wreck diving sites in the world.

Sipadan island is on many divers' bucket list and Barracuda Point is the best dive site here.
No surprise is has a big shoal of thousands of barracudas often seen in a tornado-like formation.

The 125 meter (411 ft 6 in) USAT Liberty was a United States marine cargo ship that beached on the island of Bali after being torpedoed by a Japanese submarine. In 1963 a volcanic eruption moved the ship off the beach to become one of the most dived sites in the world.
Go to Tulamben
Country: Indonesia Region: Tulamben Operators on this site: 7

The most famous dive site in the Andaman Sea and Surin National Marine Park discovered by Jacques Cousteau.

It is a typical liveaboard dive site, as it is too far off the coast to be reached by a normal dive boat on a day trip.
Go to Andaman Sea
Country: Thailand Region: Andaman Sea Operators on this site: 4

The SS Yongala Wreck is one best wreck dives in the world, that's for sure. But is it the best dive in the world?

The wreck is 110m long and sunk near Cape Bowling Green, Queensland, Australia in 1911 during a cyclone. It was re-discovered in 1958 and is now the most famous dive site in Australia.
Go to Townsville
Country: Australia Region: Townsville Operators on this site: 3

Lembeh is world famous for its macro life and the Police Pier might be its best dive site. Expect macro life in huge quantities.
Go to Sulawesi
Country: Indonesia Region: Sulawesi Operators on this site: 14

Muck diving in one of the top macro diving places in the world; Anilao in the Philippines. Some say it is even better than Lembeh Strait in Indonesia. What do you think?
Go to Anilao
Country: Philippines Region: Anilao Operators on this site: 0 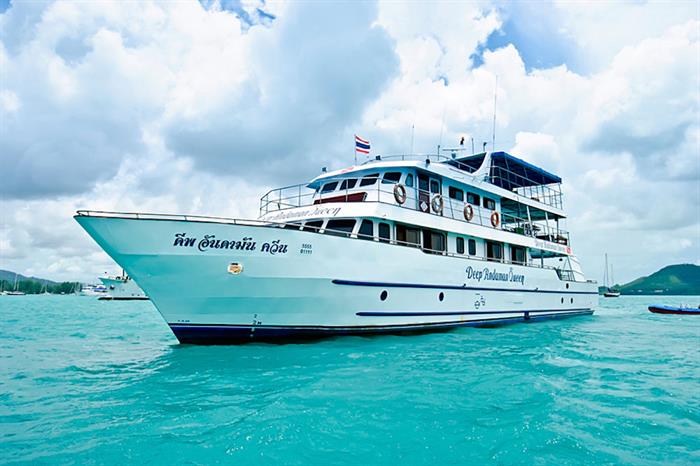 Located at the Ras Mohammed National Park in the Northern Red Sea of Egypt. A reef dive, but maybe not the classic reef dive, because it also contains a wreck and a wall. What more can you ask for.

Submit a dive site and we'll add it. Thanks!